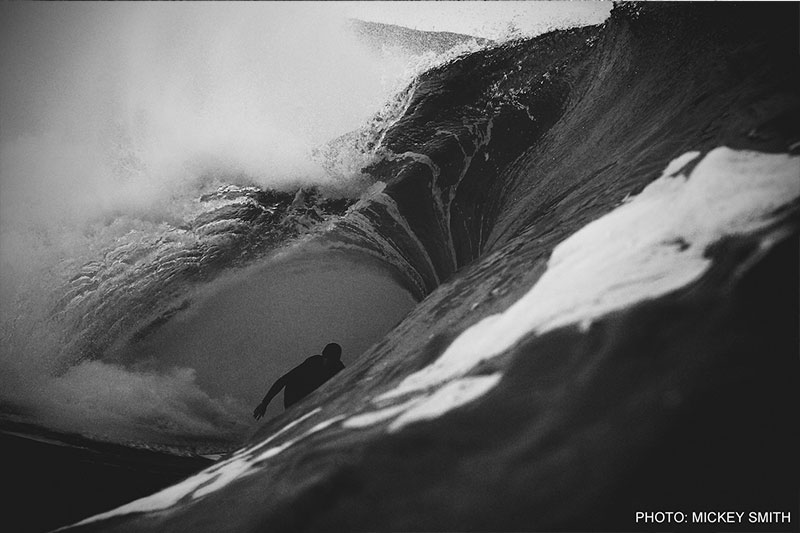 What comes to your mind when you think of Ireland? Green landscapes, Leprechaun's, or the traditional Irish Pub where you can enjoy a cold Guiness while listening to Molly Mallone? There are many things we could mention, but probably the wave quality and hardcore surfers that charge mutant slabs will not figure when we draw the first question to a random surfer.

However in the past years, Ireland has become one of Europes top surfing epicenters.   Images of waves like Mullaghmore, Aliens and other bone crushing waves are becoming viral on the web.  But really, who in they’re right mind would even attempt paddling out. Besides the brain freezes, harsh weather conditions, slabs that have broken surfers backs, there is still a group of Irish surfers that live for days like these. 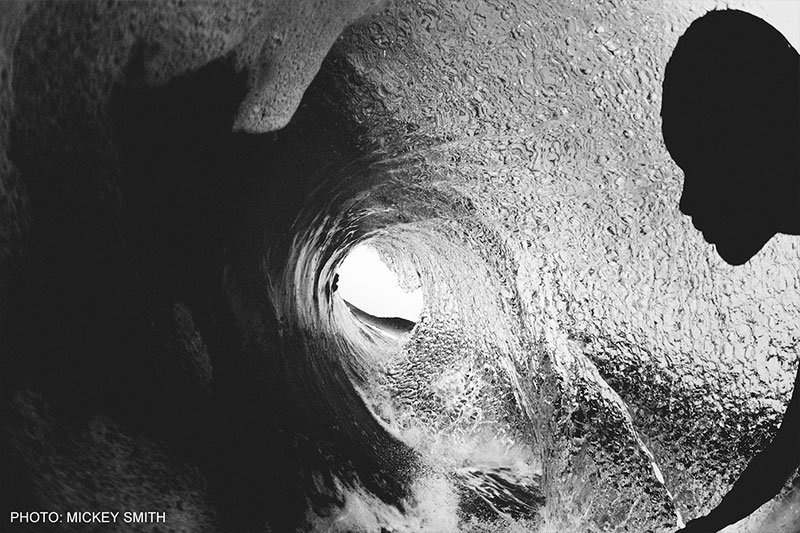 One of the best is Fergal Smith.  He knows this breaks like the palm of his hand and has made a name for himself in the international surfing community.  He charges waves most of us mortals would not even consider looking at.  Besides surfing, he has been promoting organic growing.  "Eat healthy and eat what you produce".  Some of his friends consider him quite a character.  We were lucky to get in touch with Fergal and let him share his experience with us.

1. ¿How did the surf scene began in Ireland, and how did you get drawn into surfing?

The surf scene was very small only 10/15 years ago. It was a small crew of guys around the country who just loved surfing, there was no surf scene back then and you weren't cool for doing it. I got into it through my dad Chris giving it ago to have a break from working in the garden. We went Achill Island every summer and that’s were my brother my dad and I got into it.

2.  When did you realize you could become a professional surfer, and where has your surfboard taken you?

We were all big into hill walking and anything outdoors really but I guess around 14/15 I really just wanted to surf a more than anything. I never looked at it from a professional point of view until at a good few years later; I just wanted to go surfing. Even when I had finished school I planned on going surfing and chasing waves all over the world and hoped someone would help me do it but never saw it as a way to make money. The surfboard has brought me all over the world, I am a very lucky boy and I am truly grateful for all surfing has shown me. But it showed me the state of the world we live in and I could not condone my travels anymore so had to put an end to them. 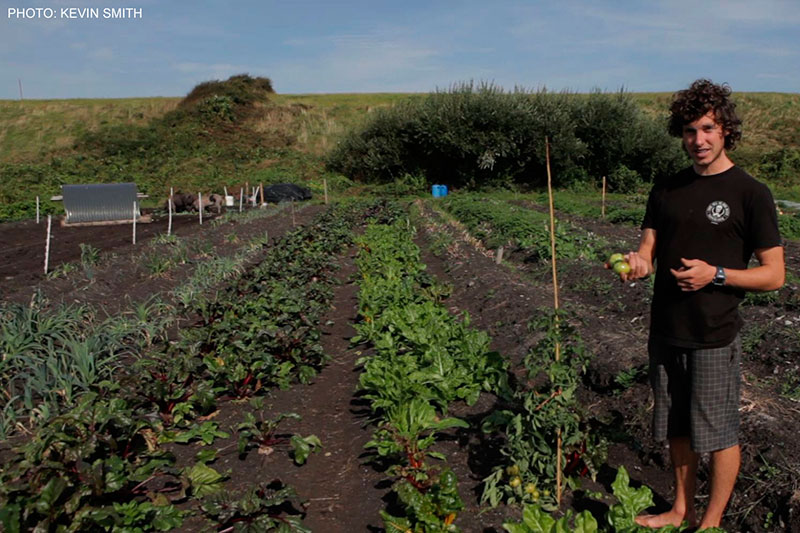 3. In the past years Ireland has become well known for its mutant slabs type of waves.  When you surf this waves, wipeouts are not a matter of if but when.  Could you share one of your scariest experiences?

I don’t really think about them, they are scary but they are mistakes. That’s why they happened so I try and learn from them so it won’t happen next time. Surfing is pure fun and I love it that’s what I focus on and you just have to deal with the knocks when they come. I find people driving fast or getting drunk scarier to me then rolling around in the sea.

4.  In one of your webisodes "Growing", you talk about injuries. Broken backs, dislocated shoulders. Some of the waves you and your friends ride could easily terminate your life. How do you mentally prepare to surf this type of breaks? And do you have any special training regimen?

As I said before you are not trying to hurt yourself so I just try and focus on the good things and try and make the right choices so accidents don’t happen. If you have a positive attitude towards a surf and are looking forward to going out rather then thinking of what might go wrong you have a far better chance of having a good surf. I surf as much as I can without a leash when it’s smaller to get used to the idea of not falling off. If you have no leash you really don’t want to fall off so you are really aware of every decision you make. This should be they way your thinking in heavy waves, you want to be making your waves so the more you get used to that idea the more likely it will happen. I used to train a lot and had more injuries then I do now. I swear the best way to prevent an injury is to be happy in what your doing and be thinking positively that you can do it. Even if you don’t make it you’re in a good frame of mind and your body is not tense or stressed. That would be my biggest bit of advise to anyone if it doesn't feel right don’t do it there will always be another wave.

5.  Could you tell us more about your recent project "Growing", how did you come up with the idea, what are your thoughts about it? 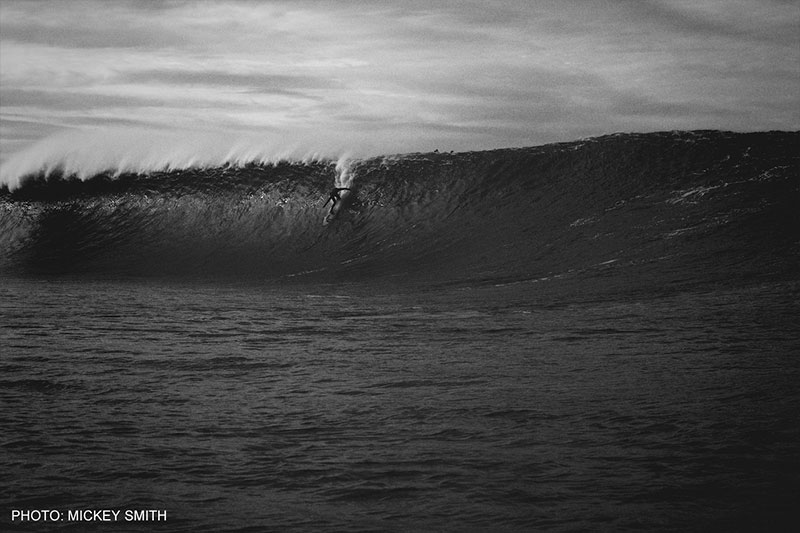 The "Growing" series came about through a friend Owen Davies who knows a great guy called Chris from Line 9. I only wanted to be involved with the project if I could film a lot about gardening and people trying to live sustainably. Chris was all for it so we said lets give it a go. Its pretty full on having a clip going out every two weeks but at the same time lets us cover lots of different topics that otherwise may be filmed. My brother Kevin is the star of the show really as he is the one who is making it happen. He is doing the filming editing and making it work in general I just do what I'm doing really.

6.  Surfing waves in Ireland must be quite a challenge. The window of opportunity between choppy seas and a perfect glassy line-up are very rare.  How do you time it to get those classic sessions?

The key for scoring epic sessions is a lot of patience and a lot of trial and error. Living close to the ocean in Clare helps, as you can be pretty on it when the windows do appear. The key is knowing your spots you like to surf and then just waiting for the right conditions.

7.  If you could surf any wave in the world, where would you go?

I have travelled a lot and my favourite place to surf is here in Ireland for sure. Nowhere will ever compare to home and the connection you have with the place where you live. I love the waves here more than anywhere else and that’s one of the reasons I don’t travel anymore.

8.  Mickey Smith and you are good friends.  How did you guys team up, and could you share some of your experiences working with him? 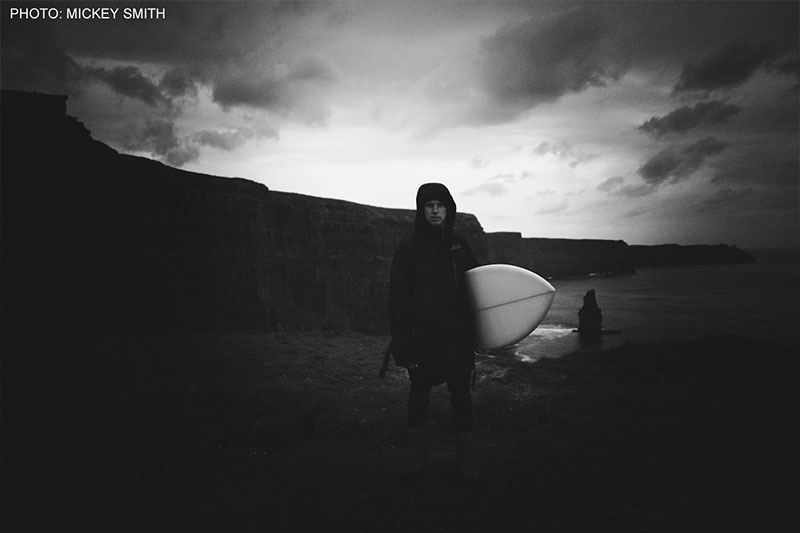 Yeah Mickey and I are real good friends, we have know each other for 10 years or so now. Mickey has been travelling to Ireland for a long time chasing waves with his bodyboarding mates. I first met him at a great spot near Sligo. I was only young but I was on the same buzz as he was with waves and we instantly got alone real well and started hanging out on swells. He then moved over to Ireland a few years later and since then we have shared far to many cold session together to even go into it. Mickey has taught me most of what I know in heavy waves, he has a deep understanding and knowledge around heavy water and I have always been learning from him. He has an ability to fill you full of confidence that you never thought you had. I would have never ridden half the waves I have if it was not for Mickey's kind words of motivation or just his crazy laughter! I would like to thank him for all those experiences; most people tell you can’t do things, with Mick there is always a way if it looks worth doing. We are all in deferent stages in our lives with babies and different projects going on but we always gravitate to heavy waves when they return to our shore. That bond of heavy waves will never leave us and I look forward to the next session.

9.    Do you have any special quiver of surfboards for the slabby type of waves?

I have all sorts of different boards for different waves. I am always changing and trying to ride cruiser smoother boards in heavy waves. I love riding single fins these days they are not as easy in heavy late dopes but if you are positioned correctly and your timing is right you can flow in sweet. When you’re on the wave I love the simple feel it makes you go totally with the flow of the wave and not try and force anything. I ride a lot if twin fins as well they go so fast and have no drag, which I love. They are great on fast long barreling waves.

For shorter heavier waves I use small boards to fit in the curve, but I often use a bodyboard. It's not being lazy (or maybe bit is!), it's a simple matter of the right board for the situation. I have tried enough times to know when it's functional or not to try and take of on a surfboard. On really heavy slabby waves the bodyboard is the right craft for me anyway. 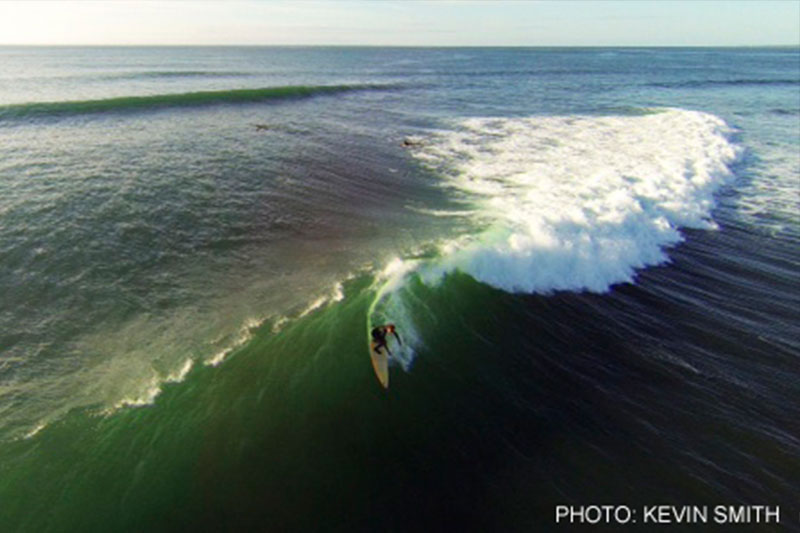 2. What's next for Fegal Smith?

My partner Sally and I are having a baby in a few weeks. So that is the biggest thing I've got going on in the future after that the garden is really my biggest project. It was our first year starting our community garden and it has taken off. I am going to be there whenever I get a chance and the waves are not all time. I live in Clare near some amazing waves so whenever they turn on I try and be there for my fix of good waves. It's a really nice mix of family life garden and waves. It's an exciting time for me and I'm enjoying every bit if it.