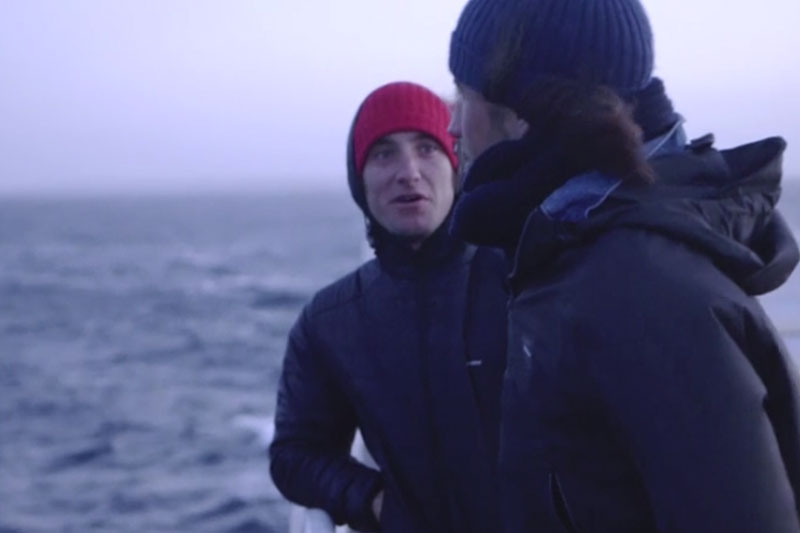 Filmmaker Chris McClean, photographer Al Mackinnon, and surfers Noah Lane and Matt Smith had been shooting a project for the brand Finisterre on the mainland of Scotland when the forecast turned bad. Not ones to be discouraged, they hopped in a boat and headed out to the islands, tiny outposts in the raging north Atlantic that gets massive swells and insane conditions when the winds line up just right. Under the glow of the northern lights they set out in search of heavy surf and great pubs. They were not disappointed on either account. The islands have an ever-changing climate and notoriously fickle set ups where winds and tides limit the optimum surfing window to torturously short stretches. Friendly islanders shared waves, farmers shared farmyards and paths to coastal crooks, the hills told stories and fishermen offered beds.

Seven boards were snapped amongst the skerries, Al Mack had to guard his treasured bonzer from Matt and Noah’s advances. Chris' trusty 6’3 was even called into action before the whole crew finally retreated to the mainland, broken with hangovers and fatigue. It wasn’t Chris' first trip to the isles but it was certainly the most memorable.