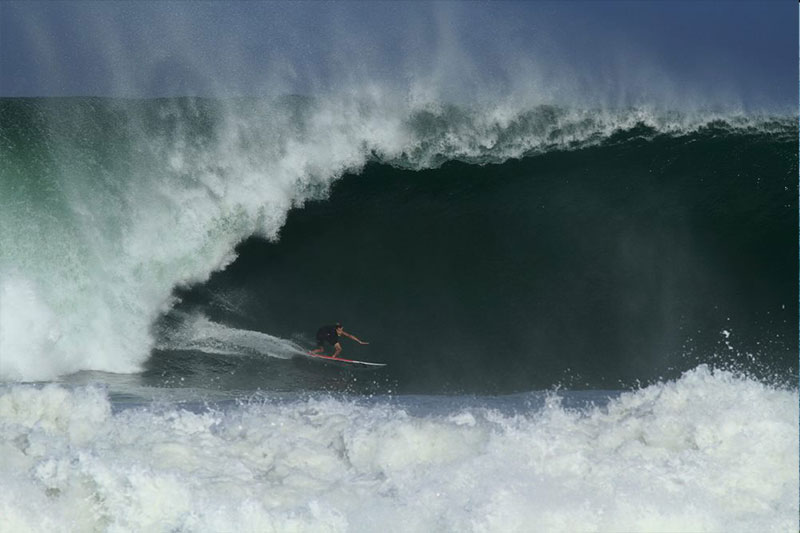 On Friday, the first day of the swell, I caught a great wave but stayed inside the tube and wasn’t able to exit successfully, snapping my 8’2” Linden gun in the process. It was only the second session I had had with that board and the first wave that I had caught that day. Even though I broke my board, though, it was worth it just to feel the sensation of riding that wave. I went back in the water that day but with the bigger 9’4” Linden board that I had. The waves still weren’t big enough for that board but it was worth a try. Plus, I didn’t have any other board suited for the size of the waves and I would’ve rather had a board that was too big rather than not big enough that day. I was lucky enough that the first wave I caught with the 9’4” board (also the first time I’d used it), was a tube that I exited successfully. I grabbed another one after that then called it a day. 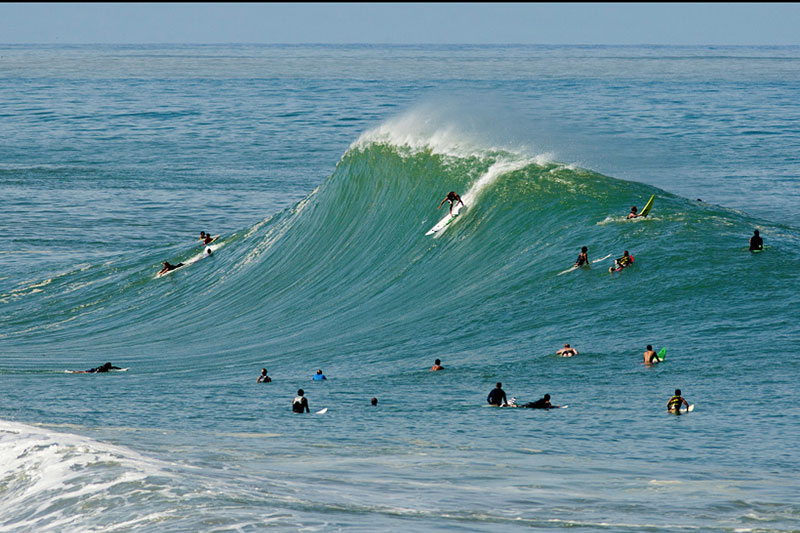 The next day (Saturday) we had the biggest swell and I returned to the water with the same 9’4” board that was now perfect for the 12 – 15 ft. waves (20 – 35 ft. at the face). There were a lot of people in the water, including some of the best big-wave surfers like Greg and Rusty Long, Shane Dorian, “Skindog” Collins, Mark Healey, plus a ton of other pros and local surfers like Coco Nogales, Oscar Moncada, Jimel Corzo, Marcial, Cesar Petroni, Gregorio Short, Angelo Donnano, and Aaron Silver, among others. I waited for three hours without catching any waves before finally nabbing a good one around 12:30 in the afternoon. Thankfully, it was a great wave that took me all the way to shore.

On Sunday, the consistency of the bigger waves dropped a little but they were still a good size. I caught various waves that day and was feeling more comfortable. Honestly, I had been kind of nervous and was paying a lot of respect to the ocean, especially on Saturday when the ocean was showing its strength and cranking out waves with a lot of force. On Sunday morning, I caught a big left and dropped in after hearing everyone shouting. It ended up being a really good wave—as good as the previous day, but with an even more critical drop, which Edwin posted a photo of on Surfline.

I want to thank Planeta Surf for the interview and the support and to all the people that have supported me online, as well as my friends and family, and, above all, my sponsors: Reef Mexico, Bankaool, Monster Energy, Linden Surfboards and Oakley. 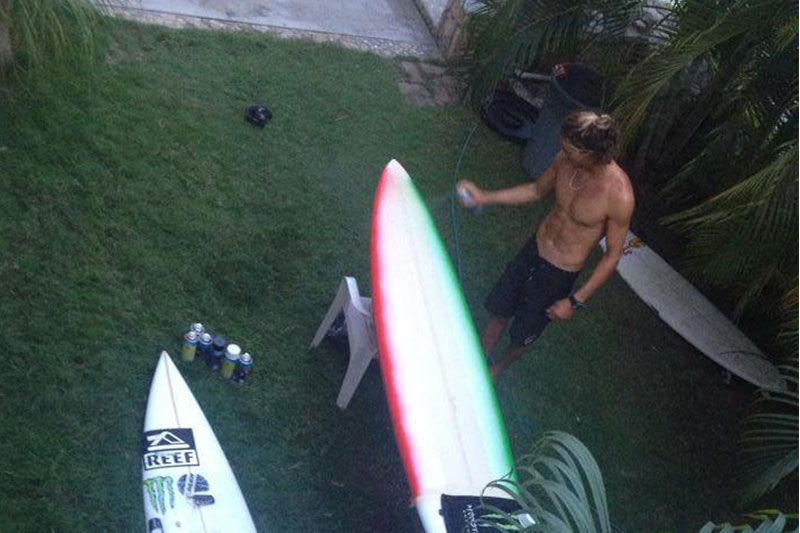